You are here: Home / Software Hub / MongoDB released a mobile version of its NoSQL database

Database specialist NoSQL used this week’s MongoDB World in New York to make a series of announcements, including a mobile version of its main database and global clusters for Atlas.

It is the company’s first major event since its initial public offering in October 2017. Database specialist NoSQL made several announcements, including a new mobile version of its product and the addition of “global clusters” to its database offering as a service of Atlas DBaaS.
MongoDB Mobile allows mobile devices or even IO devices to access the features of the traditional MongoDB database. With this release, developers will be able to implement automatic, real-time native synchronization between the data stored in the device and the backend database.

For DBaaS Atlas customers, the use of “global clusters” will allow them to specify the location of data in areas of global availability, read and write data from these areas, and comply with increasingly stringent data regulations.

MongoDB’s Stitch service is out of beta and is now in general availability. The service improved with four new features. 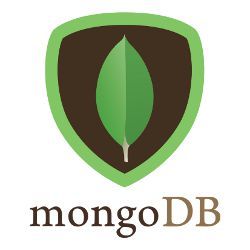 Stitch QueryAnywhere extends the MongoDB query language to developers with a rule engine that allows users to declare security policies at a very granular level.

Stitch Triggers provides real-time notifications, which initiate functions in response to changes in the database.

Finally, Stitch Mobile Sync, which is not yet generally available, will automatically synchronize data between documents held locally in MongoDB Mobile and the backend database.

As for the MongoDB product itself, the MongoDB Server 4.0 multi-document ACID transactions announced earlier this year are now available. “With their consistent view of the data in all replications and their compliance with the all-or-nothing principle to maintain data integrity, MongoDB transactions will look very familiar to developers who are already accustomed to working with transactions in existing relational databases.

They are easy to add to any application that needs them and have no impact on the performance of operations that don’t need them,” the vendor said. Version 4.0 also comes with a new MongoDB Kubernetes Operator and Beta Graphics, which allows you to view MongoDB data in real time.

In a post, Mat Keep and Alyson Cabral of the MongoDB technical team detail what the arrival of ACID transactions to MongoDB brings.